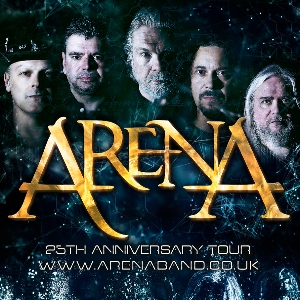 Arena will be touring across Europe to celibate 25 years of receiving from Rock journalist, magazines and Fans alike around the world 5-star reviews for their chart successes with their 9 studio albums and constantly getting voted as one the of best live acts around.

Arena we be releasing their 10th studio  called….
“The Theory of Molecular Inheritance”