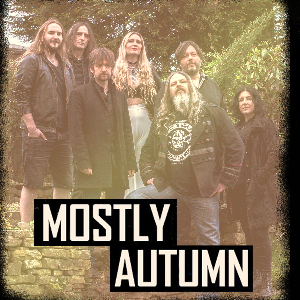 Winners of Best Track 2017 (Sight of Day) and best female vocalist 2017 (Olivia Sparnenn-Josh) in the CRS awards 2017, Mostly Autumn have built their fan base through the old-fashioned, but highly effective, way of playing live at every opportunity. Counted amongst the top 100 best prog bands of all time, their musical palette is diverse. and while they draw on influences from the golden age of seventies’ rock, they have developed their own unique sound and style that both captures some of the essence of that heady era and yet looks forward into the future. Showcasing their latest album Sight of Day, an album celebrating life which abounds with huge tracks that lead the listener into territory never explored by the band before.

For more information on Mostly Autumn go to www.mostly-autumn.com