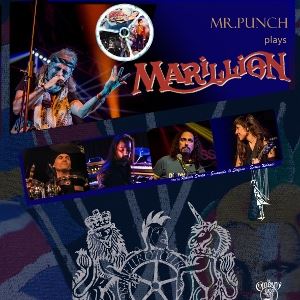 This Italian band are undoubtedly the best early period Marillion tribute band in Europe. They have the seal of approval of The Company (Italy), the official Fish fan club and will be bringing the 1984 Fugazi era tour to The Robin 2 with amazing accuracy and detail. The set will also include some of the Misplaced Childhood material in a night's entertainment certain to delight all the prog and Marillion fans who attend.

The band is made up of some of the best known and most accomplished progressive rock musicians in Italy and their dedication to reproducing the music of Marillion accurately has to be seen and heard. Lead vocals are provided by Alessandro Corvaglia whose voice, dress, make up and stage technique accurately mimics that of Fish himself. Marcella Arganese's spellbinding guitar work replicates the masterful technique of Steve Rothery whilst the bass, drums and keys are handled by Guglielmo Mariotti, Roberto Leoni and Luca Scherani respectively.

The gig is part of a European tour that will see the band playing to audiences of Fish and Marillion fans in Holland, Germany, Italy and the UK.