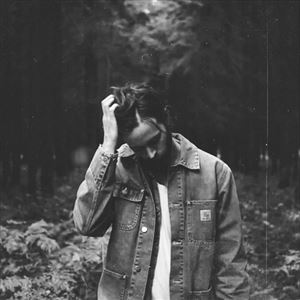 All Oktoba Plus Dawn Coulshed performances

OKTOBA is the project of alt folk singer / songwriter, Chris Athorne. Captivating, emotive and honest can be the words to describe his music.


OKTOBA grew from beginnings in folk inspired storytelling to now a much richer, deeper and captivating sound. With current influences from the likes of Justin Vernon (Bon Iver) and RY X.

Recent exposure has seen and heard Chris’s music featuring twice on 2019’s series of Love Island, on ITV2, with tracks ‘It Must Be Love’ and ‘Chance’. Reaching listeners in the millions and resulting in a surge of new musical interest for him. In the days following, ‘Chance’ Reached No.41 in The UK Shazam Chart and also landed into the Top 100 iTunes chart. Spotify have also got behind OKTOBA, adding him into their editorial playlists ‘Easy’ and ‘Sad Songs’.

Releasing his debut album Smoke Signals, a tribute to his late father, in 2015. The record was an honest album where Chris speaks of family, relationships and life. Working with producer Tim Bidwell, Tim brought big influences of Folk and Americana to the tracks.

With nearly 3 years between Chris’s debut record and his next single ‘Chance’, an undinying sound development took place. Working with new influences and now producer, Ben Townsend, there is truly a new spark in the sound of OKTOBA. Other new tracks have included his latest single ‘Snow’ and he is currently working on his next album due for release in late 2020.

Performances for OKTOBA have seen him take on Latitude Festival, The Great Escape and Secret Garden Party. Selling out headline shows in his hometown of Brighton as well as London. With also huge support from BBC Music Introducing as well as Sofar Sounds. Chris features regularly with both. Having now played shows with Sofar around the world as well as the UK.

Support on the night comes from

Influenced by the traditional music of her Scottish roots and her classical studies as a pianist Dawn Coulshed is an acoustic singer-songwriter currently establishing herself within London’s alternative-pop music scene. Taking influence from songwriters such as Carole King, Laura Marling and Radiohead. Dawn has toured throughout the UK and abroad as a soloist and as a member of acoustic duo ‘Evering’.