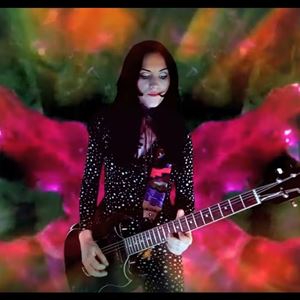 Rosalie Cunningham (mastermind behind psychedelic prog band Purson) released her debut solo album in July 2019 to overwhelming admiration from fans and critical acclaim. The album received rave reviews in the major rock press and was appointed album of the week by Planet Rock’s Phil Alexander. After a very successful first tour in summer 2019, she has been back in the studio working on the next album already, which is set to be released in September 2020.

Some of this brand new material, along with songs from the debut album and the Purson back catalogue can be heard this Spring as Rosalie and her superb band of virtuoso musicians spread their wings again. They will be playing a select few UK dates before they set off to tour Europe and the US later in the year. Catch them while you still can