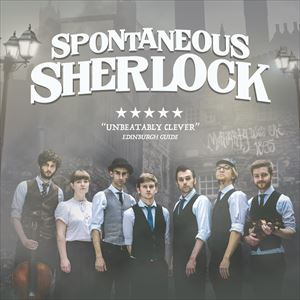 Spontaneous Sherlock is an award-winning, entirely improvised Sherlock Holmes comedy play based on an audience suggestion of a title. Performed by some of the UK's most critically-acclaimed comedy improvisers, with live Victorian musical accompaniment.

Brought to you by the comedy improvisers behind the critically-acclaimed and award-winning "Spontaneous Potter".

Praise for The Spontaneous Players:

"Side-splitting laughter across the entirety of the performance" - Three Weeks (*****)