Stray and The Groundhogs 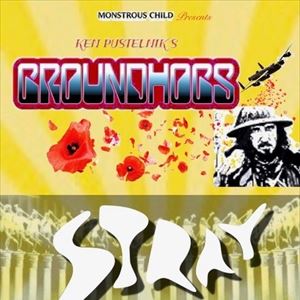 All Stray and The Groundhogs performances

The halcyon days of the 1970’s produced some of the most renowned rock and blues bands that the world has ever heard. Whilst many will focus on Led Zeppelin and Black Sabbath there were many bands working away on the huge club and college circuit at that time. Status Quo, Judas Priest, and Thin Lizzy were amongst the best known to emerge from the endless van journeys up and down the U.K. motorways and across the highways of Europe.

Alongside them a great many bands struggled to catch the same break or secure the good management required to reach that next level. Bands like Budgie, Lone Star, Heavy Metal Kids, Nutz and Strider were favourites in the bars and refectories but with little or no independent radio or mainstream press they found themselves stuck on the wheel. At the time they never really hit the bright lights that they should have but now, all this time and genres later, their contribution has been re-appraised and younger audiences have the opportunity to witness their amazing musicianship again.
So, back in 1970, four lads from the west side of London went into a Chelsea recording studio and laid down what has come to be acknowledged as one of the finest debut albums ever produced, Stray by Stray. Across London in De Lane Lea Studios, Ken Pustlelnik was putting down drums for The Groundhogs with guitarist Tony McPhee. The result would be Thank Christ For The Bomb. Unbeknown to the respective sound engineers Jerry Boys and Martin Birch they produced two of that years, indeed that decades, finest albums.

Recent reviews of their shows are both exciting and enthusiastic. These two bands are led by formidable musicians who could just as easily rested back on their rock and roll laurels. Instead they have refined and rejuvenated some of their most outstanding works. With both bands on top form they provide a full evening of first class entertainment. Classic British Rock and Blues at its finest.