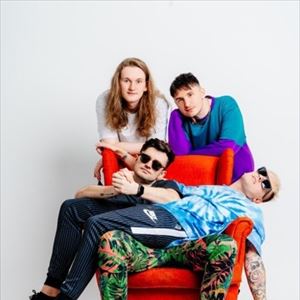 One of the hottest bands on the UK Pop Punk scene today Woes are heading to Carlisle, bringing their unique blend of crunching riffs, pulsing synths, floor filling tap beats, huge choruses, daring cross overs, and a nonstop feel good party! Since Woes started out in 2016, they have gone from strength to strength, having toured the UK and Europe with some of the biggest bands on the planet including Neck Deep, States Champs, Frank Carter & the Rattlesnakes, Knuckle Puck, Trashboat, Roam and Seaway just to name a few, as well as playing Slam Dunk, 2000 Trees & Download Festival to much critical and public acclaim! Woes are on the verge of becoming one of the biggest names in the Pop Punk scene having just released their incredible debut album Awful Truth, produced by UK Pop Punk royalty Seb Barlow (the man behind Neck Deep, WSTR and Roam) and 2020 is looking like their biggest year yet! Don’t miss your chance to see them in such an intimate venue while you still can!